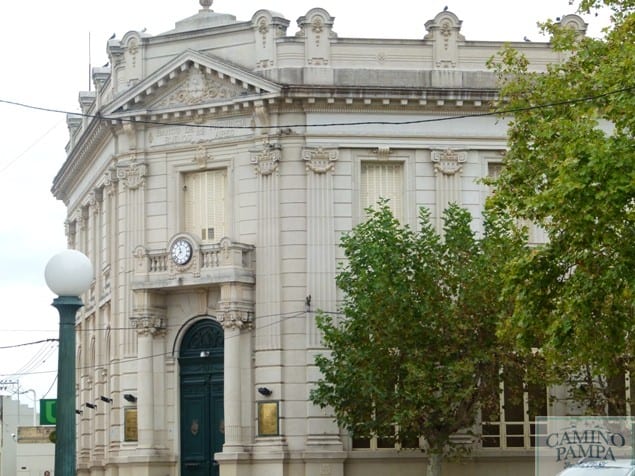 The Tour Colonial Architecture in San Antonio de Areco: will show you the evolution since the expansion under the crown of Castile that was initiated by the Spanish conquistadores and developed by its administrators and missionaries, till nowadays.

The motivations for colonial expansion were trade and the spread of the Catholic faith through indigenous conversions in large Estancias. 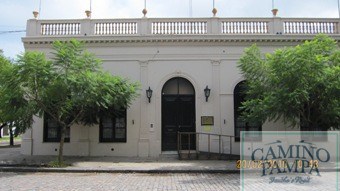 Buenos Aires suffered attacks by the indigenous peoples that forced the settlers away, and in 1541 the site was abandoned. A second (and permanent) settlement was established in 1580 by Juan de Garay, who arrived by sailing down the Paraná River in a tour from Asunción (now the capital of Paraguay). 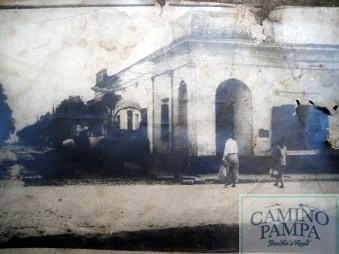 Building of the preserved colonial neighbor

By the 18th century, members of the Bourbon dynasty held the throne in Spain. This meant several changes, including changes in the Americas. Particularly in the Virreinato de la Plata, there was a change in the economy: the commercial activities were released from their mercantilist scheme to economic liberalism.

So, now, instead of focusing only in silver and gold, many other economical activities were going to be exploited.

Focusing in the Tour Colonial Architecture, there were many changes. 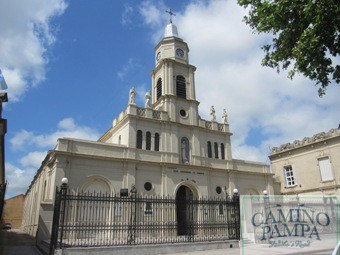 The town of San Antonio de Areco is characterized by these changes in architecture.

Being in the road to the Alto Peru (where the Spanish got the precious metals), this town was, in its origins, just a colonial settlement for the travelers.

In the towns´ sorroundings, there were several small forts destined to fight the attacks from the indigenous people who wanted to recover the lands.

The region was not only threatened by these invasions but also from continuous droughts and plagues that affected their crops. So, it can be said that the San Antonio de Areco towns’ architecture had a spontaneous beginning. 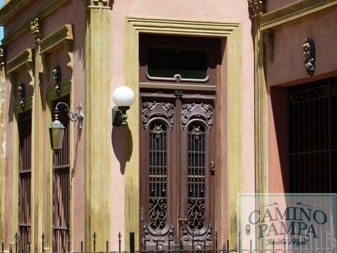 The staging posts were simple ranchs (origin of nowadays Estancias ) where the ceilings were made of hay and the walls made of adobe (sun-dried bricks) because there was no stone in the region.

In this Tour Colonial Architecture you will discover that the town has a clearly Hispanic inheritance since the towns ‘centre is located in the main square from where the rest of the towns’ constructions expanded.

According to the Hispanic laws of construction (dictated by Ferdinand of Aragon in 1513) , the main square should be rectangular and the streets should be wide enough to place commercial stands. It´s in this square were the main house of Ruiz de Arellanos´ranch, the towns’ founder.

Regarding the construction materials, the main technique was frameworking made out of wood, in which the mud and leaves mixture was placed.

Once the brick was dry, the walls were painted with lime and sometimes some animal blood was added to the lime to obtain a pink color.

This technique was preceded by the classical brick many years after.

Because the adobe bricks couldn´t support heavy weight, the windows and doors had a special design based in a segmental arch.

If you prefer to enjoy the countryside The Gaucho Experience