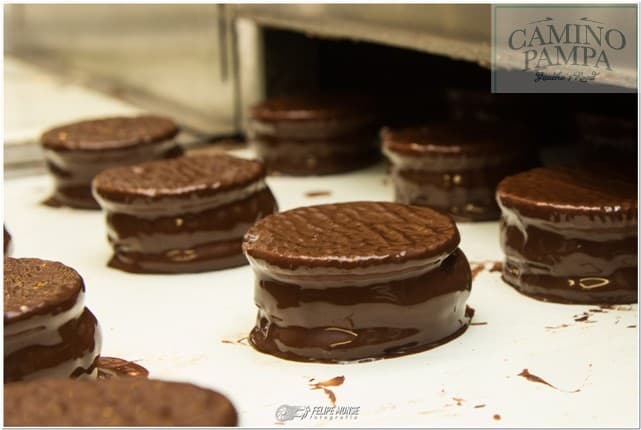 “They visited the Güiraldes Museum, Dragui silversmiths, maybe an Estancia and then had nothing to take as a souvenir after their tour: they think about an alfajor with a bath of dark chocolate that should be really rich, with real cocoa,” Carlos says. He currently goes to the factory of La Olla de Cobre, where currently the San Antonio de Areco alfajores are produced, only to monitor, he recently delegated all the operations to his son Agustín.

At the beginning they cooked the San Antonio de Areco alfajores in their house and then took their production to the small handicraft factory, while continuing teaching in schools. There was a time when the buses start stopping by their shop and the tourists buying hot chocolate and alfajores and then continued with a guided tour in Areco.

These alfajores from La Olla de Cobre are unforgettable. Great alfajor chocolate areco of 55 grams, with two round cookies made of traditional flour, butter, sugar and egg, that were stuffed with a good layer of old-fashioned dulce de leche and then finally covered with delicious dark chocolate. 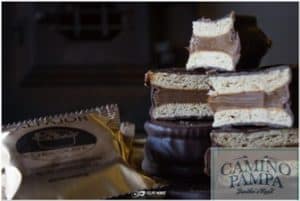 Some small machines perform the melting, refining, “concado”, deodorizing and tempering of the chocolate, the central product of La Olla de Cobre, which also sells chocolates figures and Easter eggs.

The process starts from the nibs or cocoa liquor (cocoa bean bits already processed, peeled, crushed and toasted imported from Ecuador and Brazil). The Concado is the process of churning chocolate that gives the termination; the more Concado the more refined and delicate will be the chocolate.

“There is a particle size measuring texture, if you have more than x amount of microns you will feel in the mouth and probably will be rough. When you finish refining and concado these crystallites are broken down to a point where your will not feel in the mouth” concludes the master chocolatier. 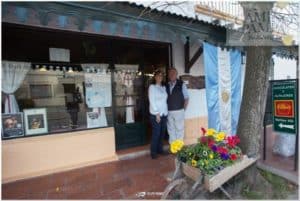 Founders of the Chocolate Factory

As if he were a concentrated child watching animated cartoons. So Carlos Gabba sees passing alfajor chocolate areco on the production tape. He looks at them with the surprise of the one who sees the assembly process for the first time: first the tapas, a sleeve that deposits a very high flake of thick dulce de leche, then a shower of chocolate. Carlos follows the process with his eyes, as if remembering the beginnings of his dream: La Olla de Cobre, a family factory of exquisite alfajores and chocolates.

How they started the alfajores business

For 16 years, Carlos distributed sweets in the neighboring towns of San Antonio de Areco. That activity related him to the chocolate and alfajores industry. At the end of the seventies, Carlos and Teresa began to notice that San Antonio de Areco began to arrive tourists and that they had nothing special – except silverware – to take as a gift.

“The town was much smaller than it is now. Areco did not have a good arrival at the river. You could reach the boulevard, which at that time was dirt, but the waterfront was all trellised and with tapestries. People, to get to the river, had to cross the old bridge. After a lot of work between neighbors and tourism commissions, we managed to recover that space, ”recalls Carlos, who actively participated in the tasks. 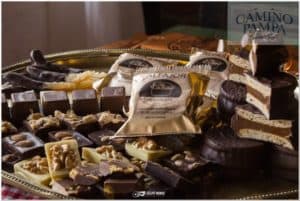 They planted trees, placed the pergolas, benches, cut the grass, cleaned the waterfront, removed the bars and thus made the neighbors of Areco and tourists know the river and use it to go to take mates. “At the beginning there was a lot of social tourism, retired to spend evenings in the town. It was when we decided with Teresa, my wife, that our venture was related to tourism. Do something that could be taken from Areco. We immediately think of alfajores, because alfajor is a tourism classic. You go to the coast or to the south and there are alfajores, ”says Carlos.

Carlos and Teresa began to bond with people specialized in the manufacture of alfajores. They, before starting, knew that they wanted to make the best alfajor that was within their reach, regardless of the price: they wanted it to be exquisite. A quality product For that they hired men and women who were already soaked in the chocolate trade. They were in every detail to “design” the best of their dreams. The first thing they noticed was that the chocolate used was of poor quality. Then they got into the world of chocolate to achieve the best possible bath.

Before making the alfajor chocolate areco that is sold today, they made hundreds of tests to achieve the exact flavor. “At the beginning we didn’t have the machine to bathe them, so we put sugar in it. We evolved until we managed to have the machines and then did not have many variants. The cookies, the Ecuadorian chocolate and the dulce de leche are still the same back then, ”says Carlos, who proudly defines himself as a chocolate maker. 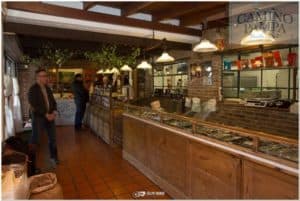 When they started, they only had a stained glass window; Little by little they began to grow and fast. The Copper Pot became an attraction and tourist groups stopped at the door of the business to take a bag of alfajores. The business did not stop growing and today La Olla de Cobre is a classic in San Antonio de Areco. Even the arequeros who live far away, always ask their relatives to send them, in addition to the grass, a box of alfajores, as a plea filled with nostalgia: a precious gift for those who live hundreds of thousands of kilometers from the local Matheu street.

Alfajores are manufactured every 15 days in La Olla de Cobre. That day Carlos takes the opportunity to eat one. Still enjoying them like that first time, forty years ago. In the place they still keep the copper pot where they made the first tests. “We always work for people and perceive whether they like it or not. We know that our customers live an hour and a half, in Buenos Aires, and they always buy us again, ”he says.

For 8 years, Carlos began to delegate the work to his son Agustín: he swears that he is a better chocolate maker than him and that he improved the processes. Carolina, his daughter, has an Olla de Cobre shop in Merlo, San Luis. The elder is a lawyer and is also an excellent chocolatier: every time the work exceeds them, they call him to give him one hand.

In La Olla de Cobre there is always a alfajor chocolate areco smell: an exquisite aroma that transports us to the world of chocolate fantasy. However, Carlos has it so incorporated that he no longer feels it. That bothers him, because he doesn’t know how the aroma is, something he considers fundamental. When he leaves a few days and returns to his place, he takes the opportunity to take a deep breath in the fragrance of his dream.

Carlos keeps the happiness of working. And it maintains a philosophy of life and work that does not negotiate: “They have offered me everything. They have made me offers of all colors to grow, to put franchises in any country

Go there because several Argentine friends always mentioned and I saw many postings. I am not a fan of chocolates so have to recognize that tried them and bought some for a gift but not that enthusiastic. I went for the alfajores… They were absolutely delicious. First I only bought one because I had already bought the chocolates…went out of the store and ate the alfajor, it was so yummy that I had to go back and buy more, the flavour of a fresh alfajor is so delicious!! Do try if you are around

There is more information about the Alfajores chocolate Areco in Spanish: Gaucho experience

All about the gaucho traditional town near Buenos Aires: San Antonio de Areco

Experience the countryside with the gauchos: day in the Estancia

You can check more than 500 5 stars reviews in Tripadvisor here: Reviews for Buenos Aires Gaucho Tour