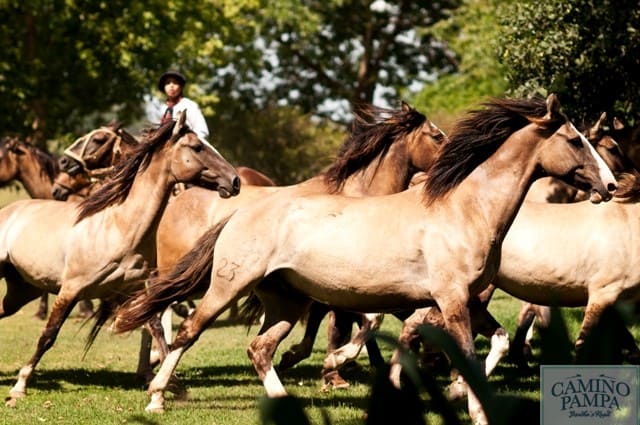 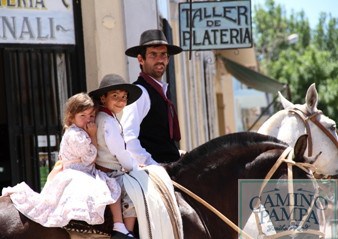 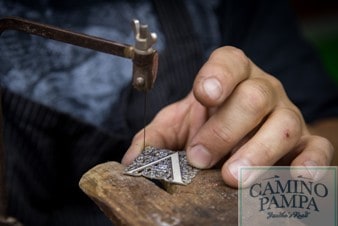 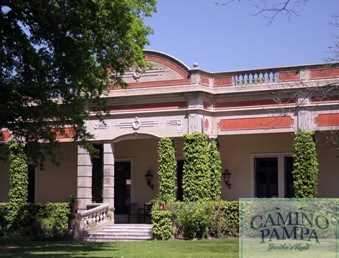 Providing an exclusive gaucho tour Buenos Aires, while making this unique Argentina destination a sustainable one through our operation and support. 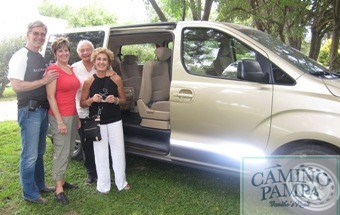 Direct trip departing from your residence/ hotel Buenos Aires in executive comfortable vans between 8 and 8:30am, going through one of the oldest routes in Argentina: The Camino Real, crossing the oldest settlements in Argentina since the Spanish Colony times and finally reaching the open Pampas of Argentina: a huge plain with one of the most fertile soils.

You will be bring into Argentina grasslands that are most of the year totally green because of its fertility and humid condition.

Our specialized local tour guide will immerse you in the ambience of the traditional gaucho Areco Town for about one hour and a half. 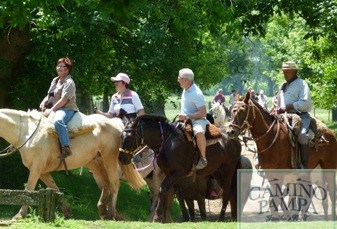 – Tickets and transfers in the gaucho town Areco

– Activities at the Estancia ranch in the pampas

Only real small group tour of up to seven people per group, every day departing from your Buenos Aires hotel or residence front door in a direct trip to the traditional gaucho San Antonio de Areco town.

This is the only Social Responsible Gaucho Tour : we as Camino Pampa have been supporting and nurturing the sustainability of San Antonio de Areco as a destination for the last eight years:

– We live and work in San Antonio de Areco
– Most of the services are provide by locals from this town
– We have developed the only sustainable experience in Areco
– Contributions to many NGO´s from our gaucho town San Antonio de Areco:
. Social Community Center for young people
. San Antonio de Areco Center for Babies´ Nutrition
. Asociación de Amigos del Museo gauchesco Ricardo Güiraldes
. Main Library in town
. Local Tourism Association in Areco

San Antonio de Areco town had many changes in its architecture.

Was originally located in the road “Camino Real” to the Alto Peru, becoming a colonial post for the riders of the Pampas.

In the fringes of the village, there were small forts dedicated to the defense of the villagers from the attacks of the local indians that were attacking the town.

The local villagers were bulding up their San Antonio de Areco chapel and all the main buildings and houses of “adobe”: mix of straw with mud or clay. Originally for 100 years it was a “muddy” town.

Some local people of the Estancias San Antonio de Areco learnt how to make bricks and then the whole architecture of the village change dramatically with the spanish and italian people bringing their own style of construction and design of houses and buildings.

Traditionally, the gaucho and the Criollo horse of Argentina, are inseparable partners in the Pampas.

If for you it is your first time in a horse or you do not have much experience, you can make the standard horseback riding in the Tour Estancia in Buenos aires . But if you are an experienced rider, you will be assigned a special horse and making a private trail horseback ride through the countryside of the gaucho property.

The gauchos can choose from the almost 70 horses in order to assign the best one for you for the horseback riding with the company and lead by the real gauchos of the Estancia El Ombu de Areco.

By the end of the Tour Estancia El ombú the gauchos will perform some argentina folcloric music: some of them are: gato, escondido, chamame, bailecito, triunfo, and many others. One of the most important and more widespread is the dance at the Estancia Buenos Aires that is the very colorful “Chacarera”

There is a great variety of dances in the tradition of Argentina, many folk dances quiets and many others full of rhythm.

Beef in Real gauchos Tour Buenos Aires Areco Estancia ranch: beef is the most important meal in Argentina, the gauchos had it for hundreds of years in the Argentina pampa where they were hunting the wild cows. 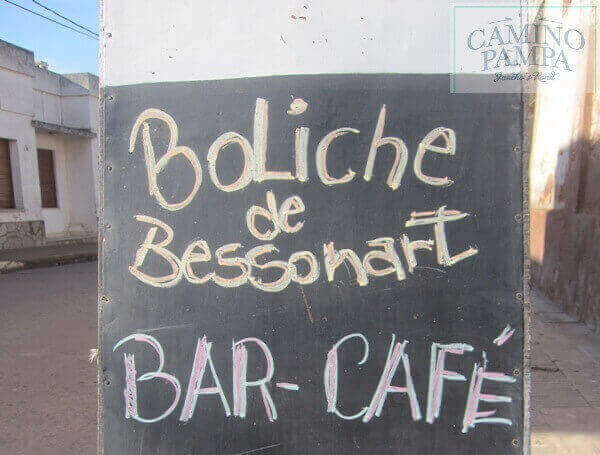 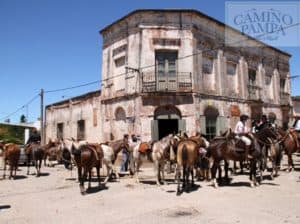 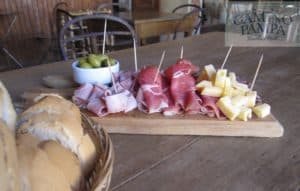 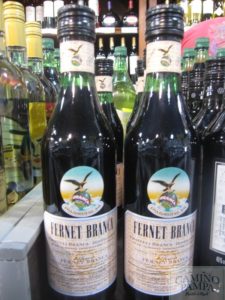 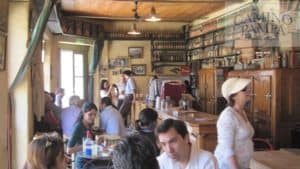 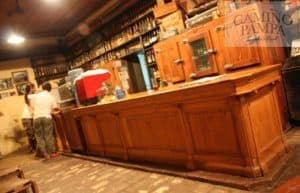 La Blanqueada is an old building over 150 years old. The counter is equipped with the traditional bars which separated the owner from his customers – only trusted regulars were allowed access to the interior of the pulpería. La Blanqueada features wax figures playing cards at the bar.

The men are dressed in the traditional gaucho pants or chiripa, botas de potro (made from the skin of the horse´s hind leg, similar to a boot but with the toes exposed) and red kerchiefs on their heads, a typical attire of the times of the Governor Rosas (between 1829/1832 and 1835/1852).

This is one of the most unique gaucho collection of their uses and customs.

The Flour Mill – The Shed and Horsewear room

Alongside the pulpería stands an old flourmill or tahona dating back to 1848. Made entirely of wood, it was used to grind wheat and originally belonged to the Luján Guard .

It was used to obtain flour to make bread. The shed and horsewear room was named after Aniceto Melo, a famous raw hide braider from San Antonio de Areco.

The shed houses a colonial carriage and horse carts as well as the frame used to hang the ring for the traditional horse “ring races”.

The house resembles a fort insofar as it is surrounded by a moat and access is controlled by a drawbridge.

When immigrants ventured into the boundless pampas in times gone by, they built their farm houses following this pattern as a means of defense against the Indians.

This was the origins of the estancias where the gauchos were working.

The house reproduces an 18th century farm house with its welcoming corridor, its two side wings, whitewashed walls, tiled roof and low wrought-iron window railings where all these gaucho collection is preserved.

There are daily Full Day Private tours to this gaucho museum and to the traditional historical town of San Antonio de Areco: Tour to Gaucho Museum

These paintings are the work of Uruguayan Pedro Figari, who met Ricardo Güiraldes’ father and after a long friendship, they ended up being part of the Güiraldes family furniture.

The music, the dancing, the singing, the paintings and other artistic work, apart from literature, can be felt while touring around the museum. These may have been the feelings experienced by those who have taken care of it, still do and will keep an eye on it every day of the year in the future, as if it was their own home.

All the information about Museums in San Antonio de Areco

More information in Spanish about The Gaucho Experience