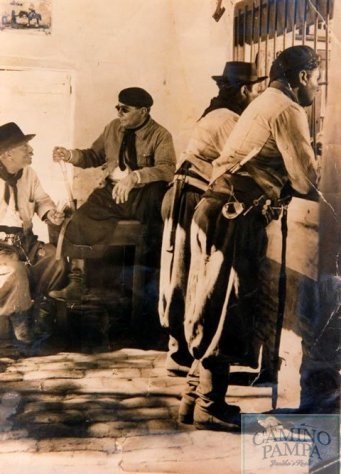 After all, these gaucho pulperias in the pampa, miserable as they are, are not much inferior to some of the inns, as they are called, in Spain herself. It is very true, that in the larger post-towns improvements have been made of late years in the accommodations for travellers; but in other situations, where they are obliged to remain during perhaps the whole night after a long day trip, the buildings are literally nothing better than ventas, or low public-houses frequented by the poorest peasantry: they sometimes do not consist of two stories, or even of two rooms, but a separation is made by a curtain, the harbour of all kinds of filth and vermin.