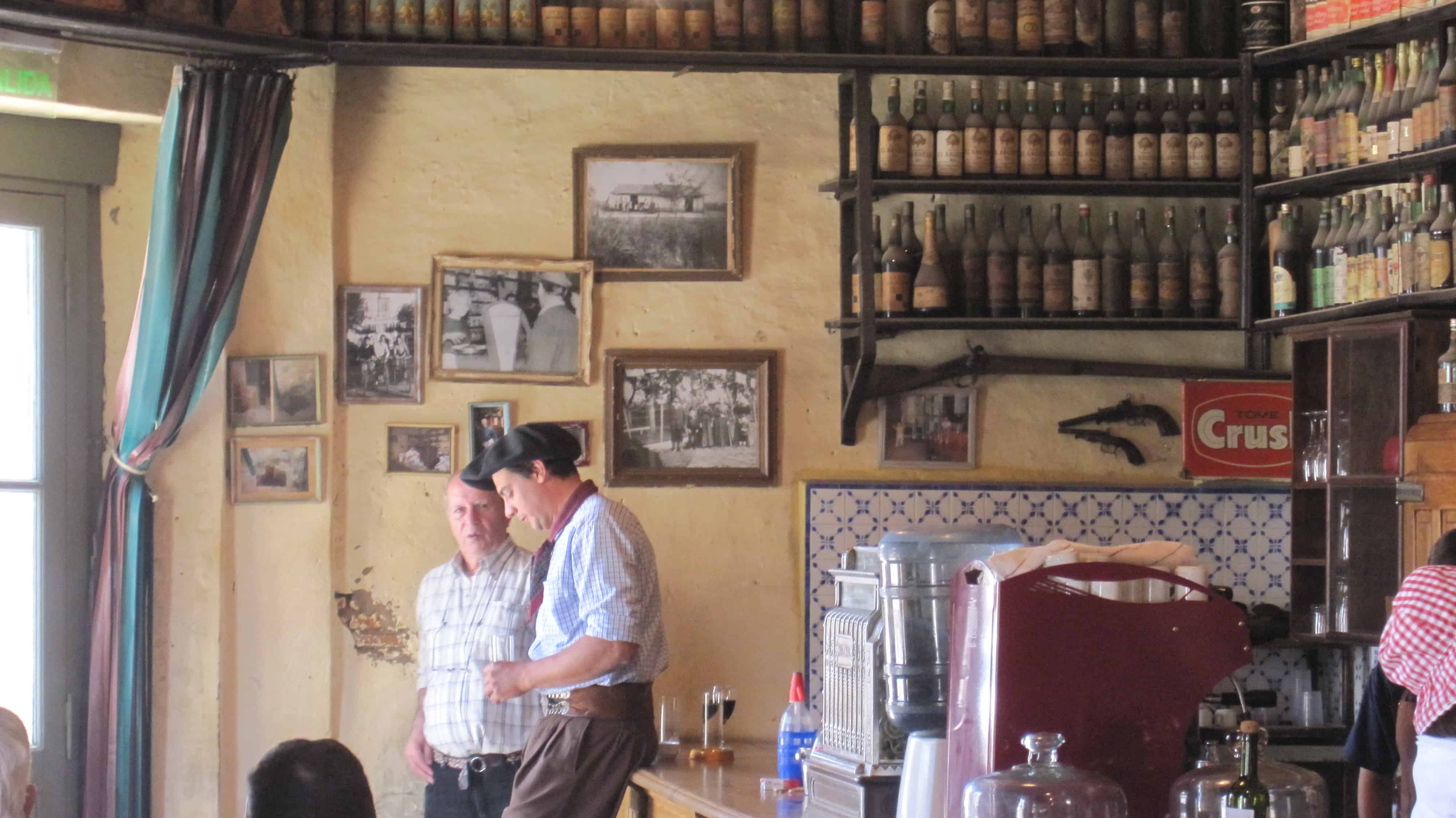 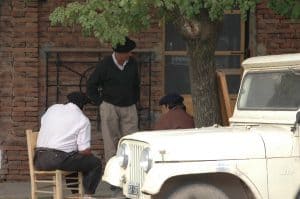 The town dates from the early eighteenth century and still preserves a great deal of the criollo and gaucho traditions, especially among its artisans, who produce very fine silverworks and saddlery.

By day, men don the traditional boina (a kind of gaucho beret), while in the evenings, locals head to the peña: a party with a great variety of folk music and dancing for the locals. This is probably the most common event every weekend: the locals are gathering at the gaucho`s pulperías to meet their friends and dance many different styles of Argentine folkloric music.

Gauchos from all over the pampas show up for November’s Día de la Tradición (“Day of Tradition,” or Gaucho Festival in San Antonio de Areco and Estancias), where you can see them and their horses in the town’s cobbled streets, in all their finery and best horses. 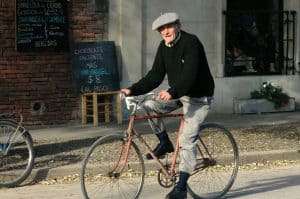 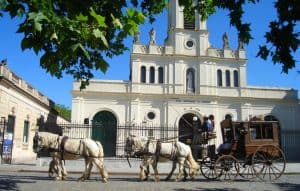 Like many other small towns in this part of Argentina, Areco shuts down during the afternoon siesta.

Some attractions of the Gaucho Town:

The old bridge across the Río Areco (built on 1857 by local people), follows the original cart road to northern Argentina: the Camino Real that used to start in Buenos Aires and reach the north of Argentina while crossing this village, it’s now a pedestrian bridge leading to the main attraction: the Gaucho Museum Ricardo Guiraldes.

Parque Criollo and Museo Gauchesco Ricardo Güiraldes. The bridge itself is kind of icon for the local people of San Antonio de Areco, that also is named in the first chapter of the most important novel about gauchos in Argentina : Don Segundo Sombra.

How to travel to San Antonio de Areco: by Arecobus

All about Hotels, tourism, tours and activities in San Antonio de Areco: The digital guide: Areco.chat