The origins of the first Estancias near Buenos Aires 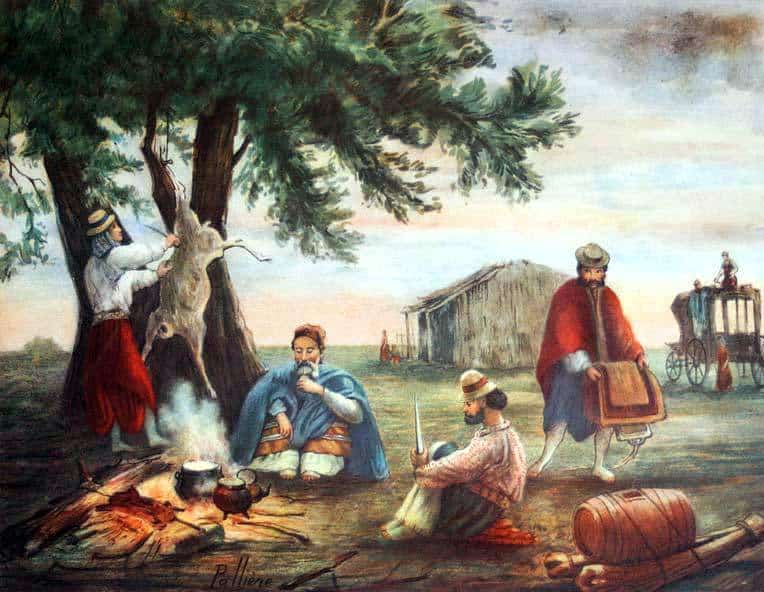 After founding a new town, the conquistador (conqueror) usually distributed the fields around the place of foundation to those who had accompanied him.

In the pampa those plots of land formed an arch around Buenos Aires and became, later on, the first estancias, and their owners were called estancieros.

The first organized estancias near Buenos Aires were those of the Jesuits:

When the Company of Jesus was expelled from America, the estancias passed to the hands of native owners who continued with the work that had been started by the enterprising padres.

The most important activities were rodeos, the breaking of colts, cattle marking and agricultural activities such as sowing and harvesting, sheep shearing, etc.

Origins of the Estancias near Buenos Aires

By the end of the nineteenth century, the number of estancias in the pampa started growing.

The old hut turned into a house made of bricks, and the original natural countryside was transformed into establishments with an orderly production.

Size and location of the Estancias

These estancias near Buenos Aires did not have less than 400 hectares. Since the principal preoccupation of the estanciero was security, the houses were constructed in elevated places so that possible attacks of the Indians could easily be detected.

Some were even fortified with a deep ditch, and some of them had a small brass cannon, chiefly used to signal to the sparse neighbours, for naturally its range was short, and the Indians took care not to advance too near and separated when is was fired, so that it did but little execution on the open plain.

Gauchos activities in an Estancia

Today, just the Museum Gauchesco Ricardo Güiraldes located in historical San Antonio de Areco town “cradle of the gauchos traditions” in the province of Buenos Aires remain with this same architecture, layout, arrangement, showing how it was the life and house of old Estancia in the Pampas of Argentina

Best transportation to the Estancias near Buenos Aires: Arecobus