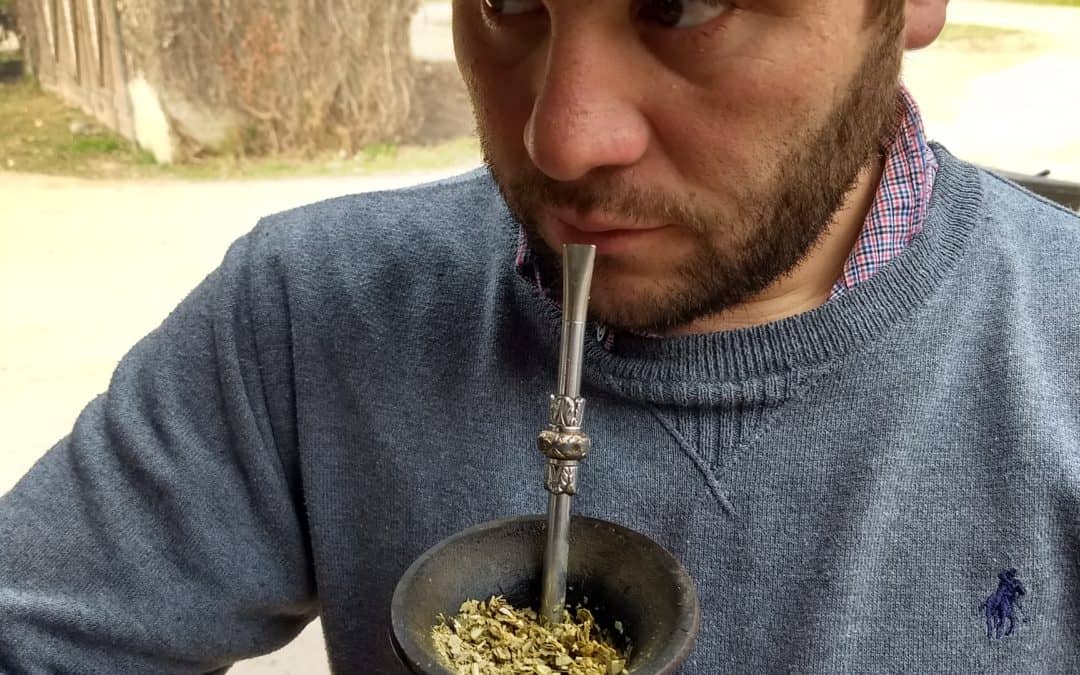 Mate experience in an argentine Estancia is THE traditional beverage of Argentina.

Five things you have to know about mate:

The mate for Argentines is national pride, an excuse to meet, a family habit that is inherited and accompanies all day. It is associated with the hospitality of rural people and gauchos.

It is the most social and preeminent infusion, it represents union and sharing, helps to socialize, facilitates the generation of bonds, lengthens the talk or promotes it.

From parents to children, for many parents it is a source of pride that their children start drinking mate. Children begin to take when they see adults, and see it as a game, they ask for it because it catches their attention. Young people incorporate the consumption of mate during the last years of high school and when entering the faculty.

Its consumption can occur in two ways with different meanings:

If the consumption is individual, it accompanies, it is a hobby, it entertains. When we are with friends, couple, family, invites to talk, to reflection, to debate.
.
It is present throughout the day people with thermos under his arm and mate. During breakfast, late morning or during the snack at the afternoon. 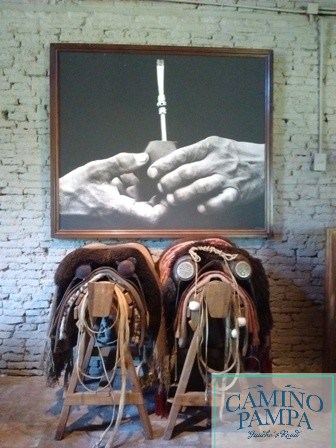 Image of a Mate experience in an argentine Estancia

For the Argentines, “los mates” are a fundamental part of life.

Mate is a strongly caffeinated tea drunk from a hollow gourd about the size of an apple.

The gourd is filled with the herb and hot water and then drunk through a metal straw (la bombilla) with a perforated end that allows the liquid to pass without the herb.

Although mates can be fashioned out of anything from wood to a bull´s horn and intricately ornated with silver and traditional  carvings, a common gourd or small metal cup is more commonly used. 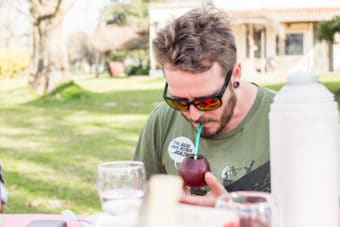 Upon first glance, a mate session can appear to be some sort of tribal drug ritual and some uninformed gringos have even been known to try to ignite and smoke the contents of the mate when passed their way. 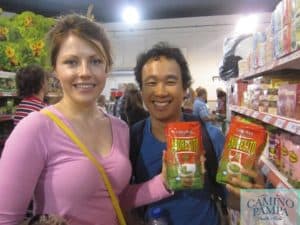 Mate, like coffee or tea in most other countries, is consumed in the morning to help wake up as well as anytime of the day between friends who want to relax and speak frankly about matters.

It must first be made clear that mate is both the drink itself, as well as the gourd from which it is drunk.

The actual herb placed inside the mate is yerba. 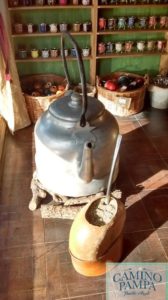 Not hierba nor mate, but yerba. Yerba is grown in the warm and fertile provinces of Corrientes and Misiones in northern Argentina.

Mate customs vary from person to person and place to place but some fundamental practices are important.

There is one server (cebador) who must take charge of serving the mates.

It is traditionally the chore of the youngest person present to serve the elders the mates.

The server must begin by heating the water in the kettle (pava) and filling the mate with an appropriate portion of yerba.

It is important that the water does not reach a boil.

Most experts agree that 82 C is optimal.

Once the water is properly heated the server will pour himself the first so as to be sure it is suitable for consumption.

Sometimes the server will spit out the first couple of sips as they tend to be quite bitter those first ones, also sometimes this action is taken like “returning back something to mother earth” according to very old believes. 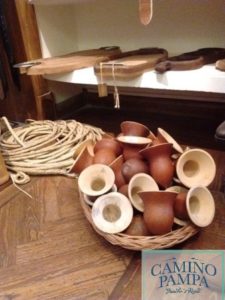 how is the mate experience cup

Some servers will place a spoonful of sugar in the mate to curb the bitterness and sweeten the yerba; this depends on the persona tastes of those drinking the mates.

The mate is then passed from person to person:

You are not to say “gracias” until you do not want anymore mate.

After several rounds the yerba will become diluted or “washed” (lavado) and it will be necessary to change a portion (ensillar) or all of the yerba in the mate. 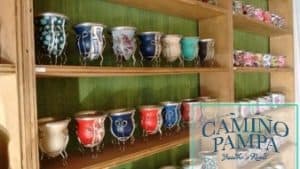 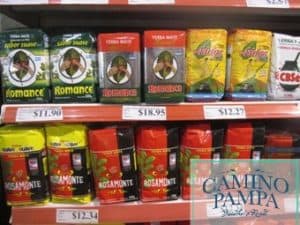 mate herb packages at the supermarket

This mate infusion has its origins many hundreds of years when the Guarani Indians of the Mesopotamia area of Argentina start drinking it for its energizing properties.

Once the gauchos start being with the company of the mate drink daily and every day, they start developing procedures, ways of preparing, “ceremony” of the mate and etiquette.

How to have a Mate experience in an argentine Estancia

If you would like to be part of this preparation and ceremony in its original place, “Las Pampas” you can book this Tour Estancia Buenos Aires and San Antonio de Areco gaucho Town, here.

You will see the gauchos at the Estancia El Ombú de Areco in their break during the tasks of the ranch, slowly preparing the mate gourd and herb, then pouring small amounts of hot water into the container and then trying it with very short sips.

While in the Estancia you can have Mate tea every breakfast, during the morning, and specially during the late afternoon.

Also you can be supplied with the whole equipment to prepare your own mate, going on a horseback riding till near the river or in the middle of the “sea of grass” of the Pampas to sip your mate the most original way and place with the company of the gauchos of the Estancia.