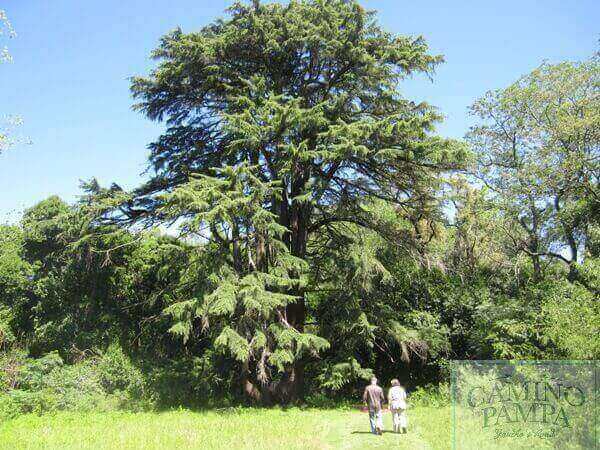 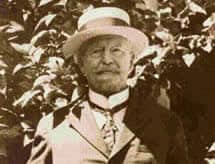 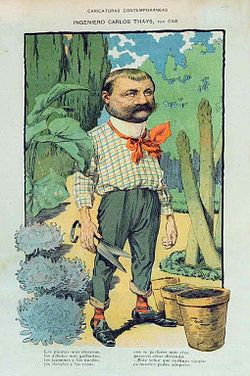 In La Porteña Estancia, in San Antonio de Areco district, that used to belonge to Manuel Güiraldes (and where his son Richard wrote the Don Segundo Sombra gaucho book), Thays planted eucalyptus trees, cedars of Lebanon, oaks and an avenue of access with a tree native to the Mediterranean, the hackberry (Celtis Australis). Also in Areco: the gardens of the traditional gaucho Estancia “El Flamenco” that belong to Jorge Castex. 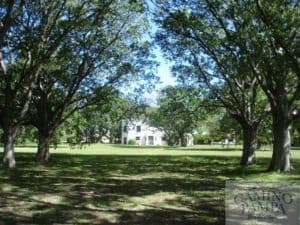 You can enjoy part of this unique program by booking this Tour: Tradition Day Gaucho Festival in San Antonio de Areco Full Day Tour with Estancia

If you prefer to enjoy all this gauchos´ activities and events during the week of Gaucho Tradition Day Festival : Best gaucho experience hotel in the Pampas near Buenos Aires

Exporting Argentine Asado : The argentine chef Francis Mallmann develop a fancy way of the typical Argentine asado, and he did it for two another celebrities: David Beckham and Guy Ritchie in Ashcombe, in England.
Francis create a dome where there are hanging pieces of meat, vegetables and fruits, surrounded by wooden coals on fire set in a pit.
He name it: cooking “al hilo” and he has being producing it in restaurants, events and Estancias all over Argentina. 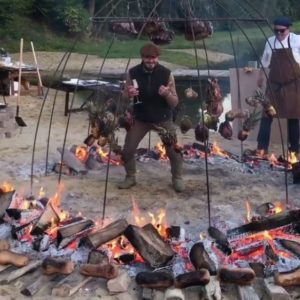 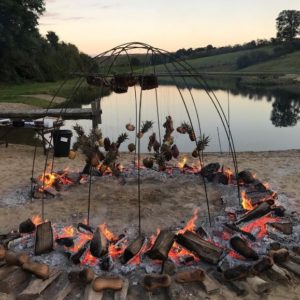 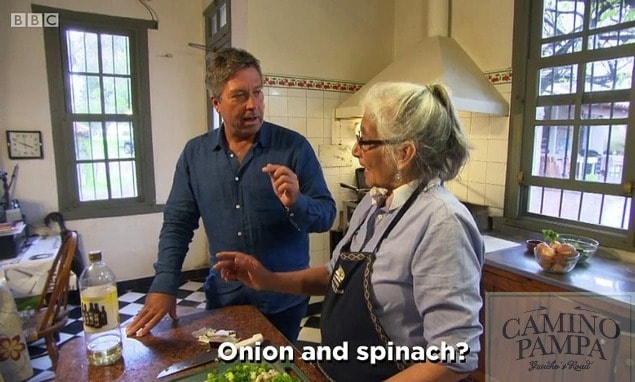 Empanadas recipe: can be as varied as the imagination allows in Argentina, but there are a serie of traditional fillings which should be taken into account.

And just as fillings are a multitude, basic empanada pastry is reduced to two versions: for baking and for frying. While both these versions sometimes suffer minor variations, it is of interest to master both for true authenticity.

Mix flour and shortning and then te beaten egg and the water, a little at a time. Knead until a smooth, elastic dough is obtained. Let stand 30 minutes.

Because the amount of water necessary can vary, blend in the egg first, before adding the water. When ready roll out into a thin, flat sheet and cut into rounds with a wide-mouthed pastry cutter. 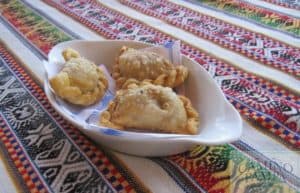 Now add scallions, paprika and broth to form a thick mixture. Mix well and cook for no more than five minutes. Season to taste with salt and pepper and oregano. Remove from heat and cool. Add some raisins chopped olives and slices of hard boiled eggs to taste.

Place a little of this mixture in center of each round of dough, fold over and seal by wetting edges with water and pressing with fingers or a fork.

Once made, before trying them please take into account the empandas etiquette 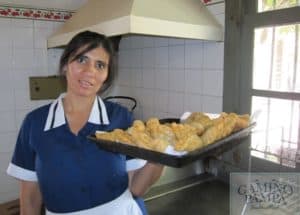 You can enjoy your own empanadas while in one of these Tours in the Pampa Argentina and Estancia: Estancia and gaucho town San Antonio de Areco

The gaucho empanadas etiquette: Enjoying an empanada in Argentina involves more than just biting into one and receiving satisfaction.

According to the experts, an empanada should be eaten correctly to be properly enjoyed:

– Empanadas are finger-food if ever there was. The whole idea of an empanada is to be able to eat something with ones fingers without getting those fingers dirty or sticky.

– Hold your empanada by one tip and cautiously bite off the other tip. This is important, because if the empanada is really hot and juicy, a puff of hot steam will spurt out and could burn your tongue or lip.

– Wrap a napkin around your wrist so that the hot juice which should run in a tour out of your empanada does not cause any damage. Empanada stains are hard to remove.

– While empanadas are enjoyable anywhere and at any time, they seem to taste better when eaten standing up and out of doors, in an Estancia, preferably along-side a sizzling, enticing Argentina parrillada (barbecue)

– An empanada is best washed down with a nice glass of red wine, Argentine preferably.

Gaucho empanadas etiquette also includes how many empanadas a host or caterer should provide depends as much upon the size and filling and the occasion.

When the empanada is served us as an appetizer before a meal, it is usual to calculate one or two normal sized empanadas per person. If it is to be the main player in a meal, five or six are considered normal.

With a genuine regional empanada from an Estancia in Buenos Aires, it is essential to wrap a napkin. True conaisseurs like gauchos would shake their empanada before taking the first bite, thus evenly distributing the juice over all the filling.

Beef is not the only filling used, although it is the most popular. Other meats, such as chicken and lamb and even pork can be used, while other popular fillings include mozzarella, cheese and onion, humita (creamed corn), and almost anything fertile imagination can think up.

You can enjoy your own empanadas while in one of these Tours in the Pampa Argentina and Estancia: Full Day Tour Estancia and gaucho town San Antonio de Areco

Viscachas burrowed, and wise, solemn little owls sat at the entrance of their burrows making pretence to guard them, as does a sentinel before a palace door.

For more information about the Pampa Nature visit: The Gaucho Experience