The Gaucho by Ricardo Guiraldes

The gaucho, within his limited means, is a complete type of a man according to Ricardo Guiraldes.

He has moral principles, which he proves when he praises someone as “a gaucho of law”.

He has an almost religious philosophy in which he admits the existence of superior forces embodied in “destiny”, “lick”, and “fate”.

The notion of God amounts to an uncontrastable force to which he submits.

He also admits that there exists an “individual law”, a sort of destiny that leads every man along a unique path.

“He died in his law” are the words used to describe the idea that a person has died in the manner predetermined for him by his own peculiar destiny. 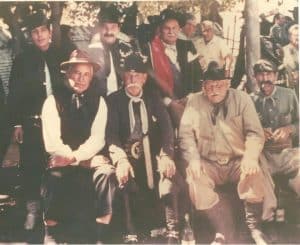 There are many artistic expressions associated with the gaucho: the silverwork on his saddle gear with its typical shapes and ornaments, his woven garments, his chifle or horn used s a flask to carry water, his braided leather work and objects crafted in cow horn, bone, leather, etc. 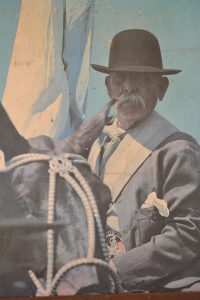 Gaucho campfire stories range from magical tales to narrations taken from direct sources, including their own personal experiences.

Gaucho poetry stems from the improvised compositions recited at gatherings.

A gaucho´s love relations are brief and his contact with women takes place normally on the dance floor while performing traditional dances marked by extraordinary charm and gallantry. 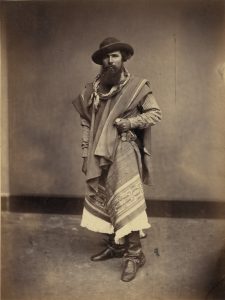 The gaucho attaches importance to his attire, ornaments and luxuries.

Moreover, a gaucho has something that only a few have: a unique manner of moving that involves aesthetics, education and respect for his own attitudes.