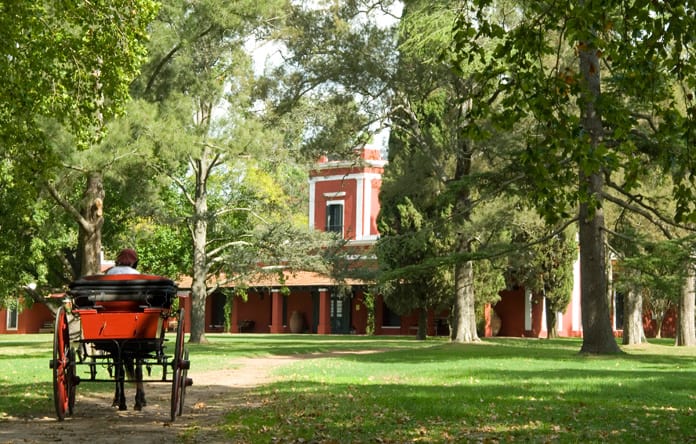 In Estancia La Bamba the Areco you can choose the “bahamba” you prefer, that is, your relaxing spot, as in its translation into Celtic. 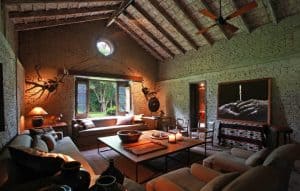 The Estancia near Buenos Aires

This property of San Antonio de Areco district, birthplace of the gaucho Don Segundo Sombra, is the one that their original owners decided to call it with that curious name.

The origin of the Estancia La Bamba dates back to 1830, when it was kind of an old Post Mail office on the Camino Real, the oldest path in Argentina that was linking Buenos Aires to the north.

Castex families and Duggan were the first owners, and eventually the H disappeared from the name and the stay was renamed La Bamba. Today is one of the oldest Estancias of Argentine with a colonial style. 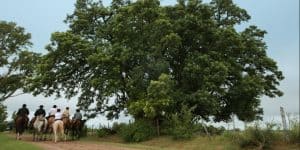 El Ombú in the Pampas

The unforgettable Carlos Gardel slept several times in the its rooms and Manuel Mugica Lainez wrote about the indelible moments that lived here, maybe sitting in the living room, in front of white Carrara marble fireplace that belonged to Julio A. Roca.

The Estancia La Bamba continues its love affair with the arts when Maria Luisa Bemberg decided to shoot here his masterpiece: the movie “Camila”, with Imanol Arias and Susu Pecoraro, which in 1984 was nominated for an Oscar for best foreign film in Hollywood. 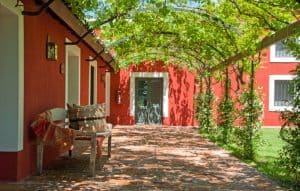 With its main building and its watchtower that served to warn the attacks of the Indians, the barns and stables, and its bicentennial park, is part of the history of Argentina and the Gauchos.

Estancia La Bamba is on a dirt road of the Buenos Aires province that now joins Zarate with San Antonio de Areco, 8 kilometers from Route 41. It is one of the first Estancias in the country which opened to tourism.

Ricardo Aldao, whose family had bought the property in the 1940s, decided to transform it in 1986 after its endless barbecues with friends.

On an opportunity for visitors to meet the enormous cultural heritage of La Bamba, declared a place of historical significance by the City Hall of San Antonio de Areco on November 10, 1970.

On a tour to France, Aldao had visited in a excursion the castles that after World War II had become hotels and decided to implement, with surprising success, that of travel and tourism concept in our country. 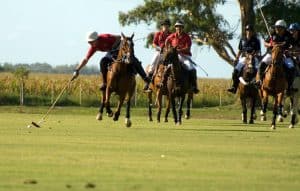 The main house, reddish color, heritage when it was painted with cow blood and lime, rests on a park of 16 hectares where are wisely arranged cypress, cedar, pine, casuarinas, magnolias, sweetgum and century-old eucalyptus trees, among other species.

From the tower of the house, marking colonial design, the threat of the native Indian raids is no longer cared, but you can admire the Areco river and the fertile cultivated fields.

The “Matera” ancient adobe building where the gauchos were gathering, became a games and living room with a large fireplace. The main dining room has a table for 12 guests and the tradition is that all the Estancia guests dinner together.

New stage of the Estancia

It was completely renovated in 2009 respecting the original architecture, also the Gaucho traditions and equestrian sports contribute to the special charm of this place that you can include in your Tour Estancia La Bamba de Areco and gaucho town San Antonio de Areco 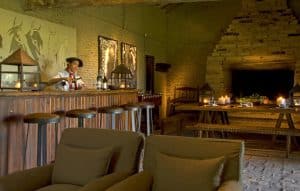